The Dangers of Direct RDP Access! - Keeping You Safe

Did you grow up leaving your doors unlocked and your cars unlocked? I bet you didn’t have to worry about intruders coming in. Come to think of it, I don’t think I see it anymore. Direct RDP access is just leaving your door unlocked for an intruder to come in! 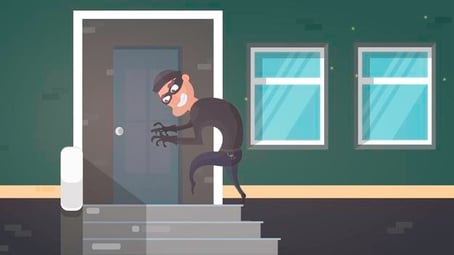 Let’s go over why direct RDP access is dangerous.

The Remote Desktop Protocol (also known as RDP) is used to allow remote access to a computer.  Once you log into a computer, you are able to access everything the way you were able to work on the desktop. RDP is very easy to use and widely implemented. Remote Desktop even comes built-in to most versions of Microsoft Windows.  When it is used within a private network, it’s a very strong business tool. Unfortunately, it’s not secure enough to safely expose to the Internet.

Hackers are able to get into the information easier than you think.  They can target a specific business and they can act as an employee to gain access to administrative accounts.  Once they gain access, it gives them leverage to steal data, destroy data, install malware or ransomware, or even just stay under the radar and use the resources to host their own services or use as an intermediary to commit other crimes.
Most common is seeing employees getting locked out of their systems/accounts as a hacker forces access with their password.  Then the damage is done and a data breach has occurred.

What You Can Do To Prevent This

As we used above, the easiest way to avoid this is to simply close the door!  Closing down the ports to RDP and reducing the attack. There are so many different tools and protocols that can be used to provide businesses with the safety they need with secured access.

Setting up a VPN (Virtual Private Network) that must be connected first before using RDP.
Using a multi-factor authentication mechanism can be implemented as well to augment traditional password authentication.

Close the door and lock it so hackers can’t get in! Avoid intruders!

Cybersecurity Practices We Should Do To Stay Protected

Cybersecurity is one of the most talked about subjects in the technology field. Having your business data secured is crucial, ...
Start Reading
PCS Aug 19, 2021 4 min read

Cybersecurity - What Is It and Examples of Cyber Threats

Technology and data is the core of most organizations. But what is cyber security and have you put the effort into effective ...
Start Reading
PCS Apr 29, 2021 2 min read

Don't Know How To Tell If It's A Phishing Scam? Cyber Training Will Help!

Phishing scams can be hard to recognize if you don’t know what you are looking for. Email scams are the most common.  Clicking ...
Start Reading